If you change from the IP - Planning application to the SAC - Planning programme from SAP with your previous experience, you first have to get used to the following new philosophy:

Up to now, planning has often been recorded in a key figure model (e.g. sales volume, freight costs, production costs, etc. are in their own key figures). In order to integrate all sub-planning in one model (see below), planning is now done on an account model, i.e. the sales volume is in the same key figure as the freight costs etc. and only differs by the account used.

For this purpose, new accounts can be defined using formulas or lookups. Everything required is modelled in the accounts. This also replaces the calculated and restricted key figure. Once you get used to this, you save yourself a lot of discussions and tightening up when doing comprehensive reporting.

Up to now, the blocking concept ensured that two users could not edit the same plan figures at the same time. This lock is no longer in place! Whoever saves last - wins. This solves the problem that, for example, when planning via a web interface, locks "get stuck" if the connection is interrupted. However, this sounds a bit frightening at first! But in the end, the lock only prevented users from changing the same numbers at the same time. However, it did not prevent the next user from overwriting the numbers again a few minutes later. So the system also applied until now: the last one wins.

Once you have overcome your initial fears of this change, you realise that it eliminates many problems (lock conflicts, stuck locks) without losing any important functionality!

This ensures from the outset that comprehensive reporting is possible!

In the rudimentary SAC model, this feature is no longer available. This difference is made via the attribute lastActual of the plan version. How practical this is for report generation remains to be seen, or it is up to the user to take this into account via a separate characteristic.

Conclusion: As an "old hand", there are some things you have to get used to, but after the first moment of shock, the changes are not really that big. 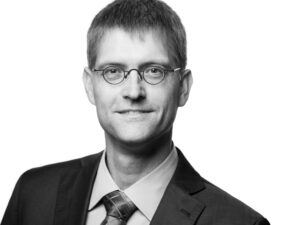