Within the framework of a project in the area of payment services, we were given the task of examining the configurations of ATMs and POS systems for their similarities in order to make them comparable and to integrate them into the current SAP BW-based sales reporting. Since the complexity of the configurations goes far beyond the usual configurators used in the automotive industry, for example, it quickly became clear that it was not enough to simply count the same components of the different configurations. Therefore, we used a neural network to process texts. Each component was interpreted as a single word and each configuration as a single sentence. The trained network was then able to predict the likely following words or components after a few named ones. The result was a digital map of all configurations, which actually located similar components directly next to each other and this only on the basis of the material numbers, without analysing the described texts. 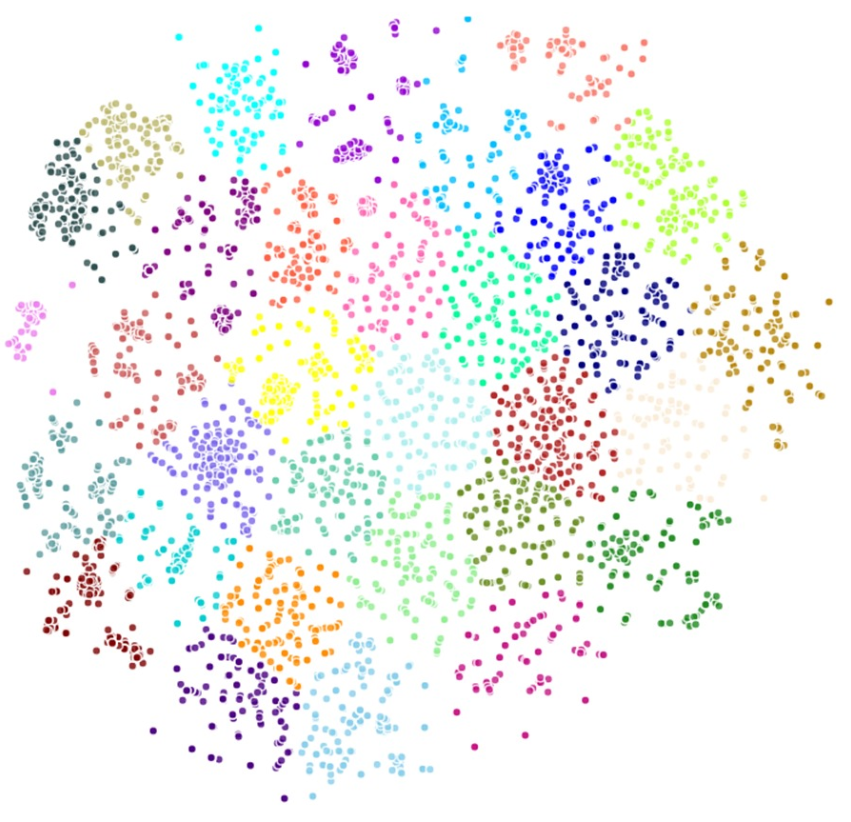 Figure 1: Digital map of all components

To analyse the results, we used a small, self-written SAP UI5 application that allows us to build directly on the model in SAP BW and link the results with current sales key figures: 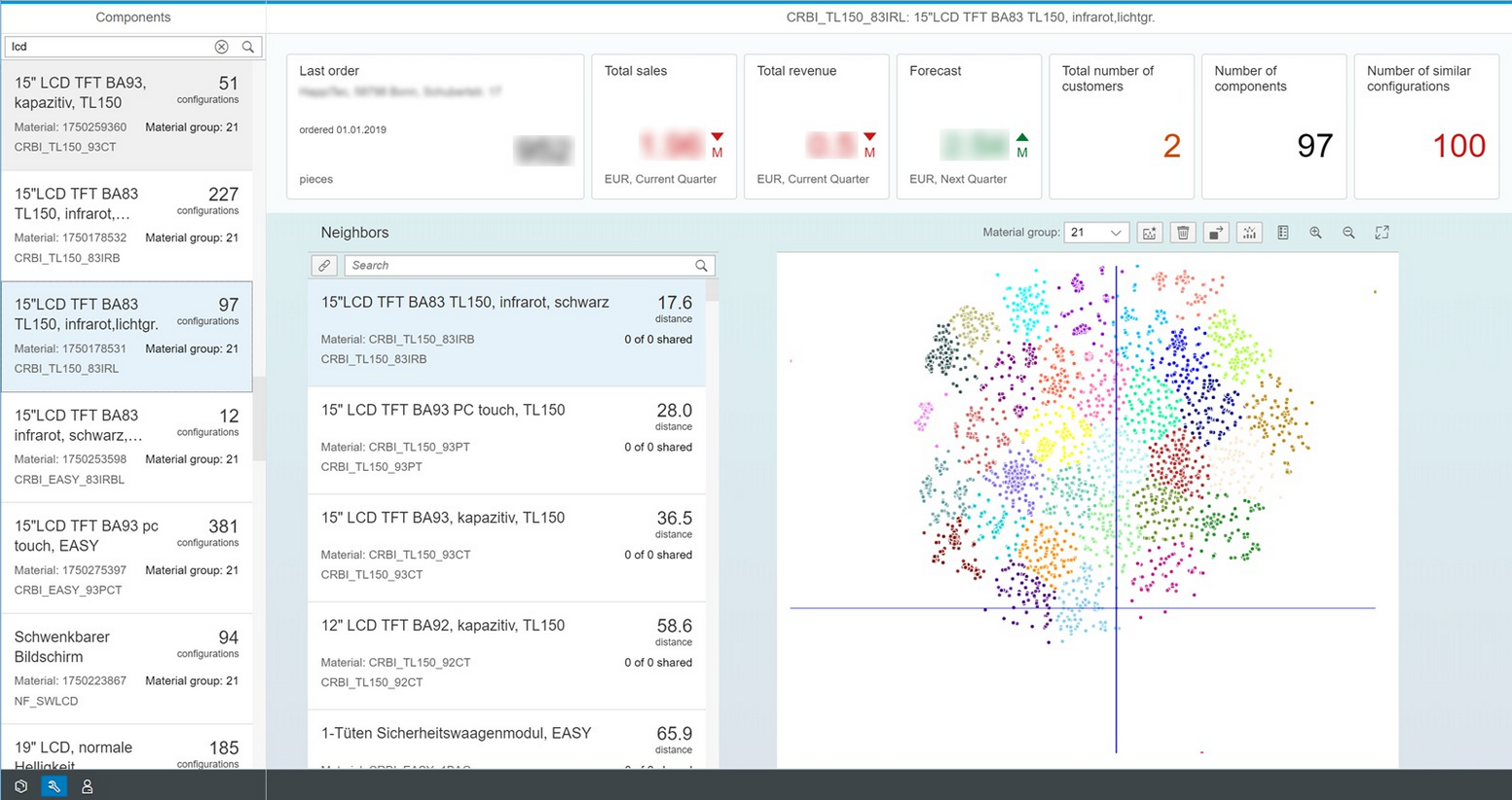 It quickly became apparent that the model generated very precisely grouped similar components and thus allowed a similarity of different configurations to be derived. With this information, comparisons of sales, margins and costs can be made in sales reporting. In addition, such a model can also be used to leverage cross-selling potential in the form of "customers who have chosen this component have also chosen those components" or to improve the quality of master data, since similar components should have the same characteristics of various attributes. 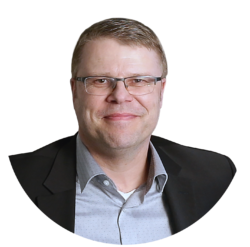